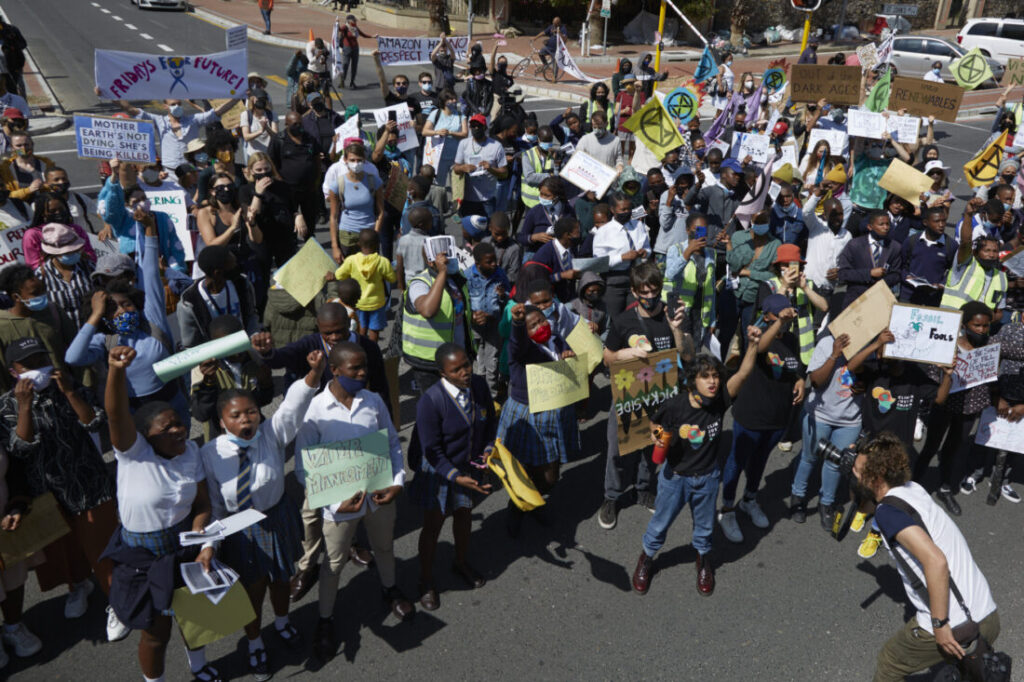 The burning of coal is the biggest contributor to global climate change, in addition to unacceptable health impacts caused by air and water pollution. Government’s current plans to build 1 500 MW of new coal-fired power in South Africa are costly, unnecessary and an unjustified limitation of the Section 24 right to an environment not harmful to health and wellbeing, along with other rights, and should be abandoned. There is no justifiable basis for the limitation of constitutional rights because cleaner and less harmful renewable energy is both a feasible and cheaper alternative to new coal power.

This is the central argument of the #CancelCoal court case, launched this week by the youth-based African Climate Alliance (ACA), the community-based Highveld group, the Vukani Environmental Justice Movement in Action (VEM) and groundWork (gW), represented by the Centre for Environmental Rights (CER), against the Minister of Energy and the National Energy Regulator of South Africa (NERSA).

The case was launched after government failed to respond to a letter of demand sent to Minister Mantashe on 17 September 2021 by CER on behalf of ACA groundWork and VEM, which demanded that government abandon its plans to build new coal-fired power as outlined in the Minister’s September 2020 determination for 1500 MW of new coal and the 2019 IRP. The organisational applicants have gone out of their way to afford the Minister ample opportunity to engage on the unlawful inclusion of the 1500 MW new coal allocation. Due to the Minister’s unresponsiveness, they have been left with no alternative but to institute these court proceedings in the public interest and in order to vindicate constitutional rights.

“New coal-fired power flies in the face of our constitutional right to an environment not harmful to health and wellbeing, not only for the present generations but for future ones too,” says Nicole Loser, Programme Head: Pollution and Climate Change at CER.

“Given the well-documented social, economic and environmental impacts of new coal-powered electricity – and the fact that viable alternative solutions exist that do not pose the same  threat to human rights – government must abandon its plans to build 1 500 MW of new coal-powered electricity generation,” says Sarah Robyn Farrell, environmental activist and coordinator at ACA.

“We experience air pollution, water pollution, land pollution, everything is affected by the coal mines. The environment we’re living in is very destructive, so many people are sick. Coal is affecting members of the community’s health and comfort – people are living with cancer and respiratory diseases, and rely on oxygen and nebulisers just to survive. This case is a last resort – we are saying there should be no new coal power – it is too destructive,” says Ronald Mhlakaza, VEM Secretary General.

#CancelCoal court papers, submitted this week, highlight the findings of both international research, such as the recently published Intergovernmental Panel on Climate Change report, which confirms the need to urgently cut greenhouse gas emissions in light of the precarious state of our climate, as well as a series of in-depth expert analyses of the consequences of new coal-fired power specific to South Africa.

“It has been shown, incontrovertibly, that renewable solar and wind with flexible generation capacity, such as storage (even under circumstances where the sun does not shine and the wind does not blow), provide feasible and affordable replacement alternatives for coal power,” says Thomas Mnguni, environmental activist and coal campaigner for groundWork.

“South Africa has the opportunity to move away from its reliance on polluting fossil fuels and to protect constitutional rights.”

In particular, the expert local reports document the unnecessary cost and job losses, climate harms and impacts on social, physical and mental health and well-being for people living in South Africa, now and in the future.

The case also comes in the wake of COP26 and global consensus that coal must be urgently phased out if the world is to avoid catastrophic global warming.

“Both of my children have asthma and are often sick. I have taken them to the hospital and to doctors many times. Sometimes I have woken up in the night and found that my children couldn’t breathe properly. I do not want to see more coal mining or coal power stations where I live, and if I could live somewhere else I would, because here my children are suffering,” says Mbali Mathebula, a resident of a coal-affected area in Mpumalanga Province in South Africa and one of the deponents who have provided a supporting affidavit in the #CancelCoal case, giving testimony to the experiences of living in the shadow of coal power.

Mathebula’s experience is borne out by comprehensive research showing that there is no such thing as clean coal and that even if the most up to date technology is used, the new 1 500 MW of coal-fired power will create dangerous levels of greenhouse gas emissions and air pollution, and threaten water security.

The greenhouse gas emissions that will be unavoidable with any new coal-fired power in South Africa will also hasten and exacerbate the climate change harms that the youth of today will experience in the future.

“It’s clear now more than ever that we need a Just Transition, a Just Energy Transition. It is beyond time that we see young people and vulnerable communities being taken into account and that our needs and the impacts that we experience are also prioritised and addressed. Without this, I can’t imagine a future that is not defined by continued and increased suffering,” says Gabriel Klaasen, youth coordinator at ACA.

Recent expert analyses completed by the Energy Systems Research Group (ESRG) at the University of Cape Town and the Climate Equity Reference Project (CERP) have also found that government’s plans to procure 1500 MW of new coal-powered electricity will cost at least R23-billion more than a least-cost optimal electricity plan for South Africa and is incompatible with South Africa meeting its climate commitments.

If South Africa plans to meet its newly updated more ambitious climate commitments and still build this new coal-fired power, it will cost an additional R74 to 109 billion.

While this amount represents an iniquitous expense for South Africa, it pales in comparison to the real cost of new coal-fired power and its accompanying harms: the health and wellbeing of people living in South Africa today and in the future.

What happens next in the case?

NERSA and the Minister of Energy have until 6 and 7 December 2021, respectively, to file the record of all documents and information related to the impugned decisions (known as the Rule 53 record), together with their reasons behind these decisions. The applicants will then have an opportunity to amend and/or supplement their court application, following which the Minister and NERSA will have to notify the applicants if they intend to oppose the relief sought in the application.

The African Climate Alliance is a youth-led, grassroots organisation acting and advocating for afrocentric climate justice (social, environmental, and climate change justice). The movement was born out of the first-ever major youth-led climate protest in Cape Town, South Africa in 2019. Since then, the group’s work has transformed to meet many of the challenges that are posing the African, and especially South African, youth climate movement.

The Vukani Environmental Justice Movement in Action, established in 2016 and based in Emalahleni, in Mpumalanga in the Highveld region of South Africa is a non-profit organisation focused on environmental justice issues, including air pollution, climate change and energy, water and sanitation, waste, and food gardens.

PrevPreviousA year has passed, and no justice.
NextOPEN SPACE REPORT: WHAT DOES CLIMATE JUSTICE LOOK LIKE, IN SOUTH AFRICA, AHEAD OF COP26?Next 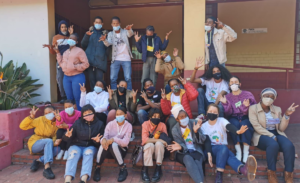 OPEN SPACE REPORT: WHAT DOES CLIMATE JUSTICE LOOK LIKE, IN SOUTH AFRICA, AHEAD OF COP26?

CONTEXTOn 23 October 2021, African Climate Alliance in collaboration with Project 90 by 2030, hosted an open space dialogue, to bring young people between the 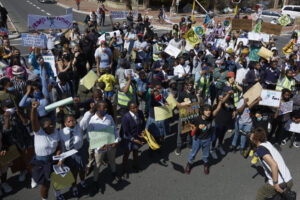