From Europe to Jo’burg, from Tanzania to NYC: ACA ambassadors sure were busy during term 3! 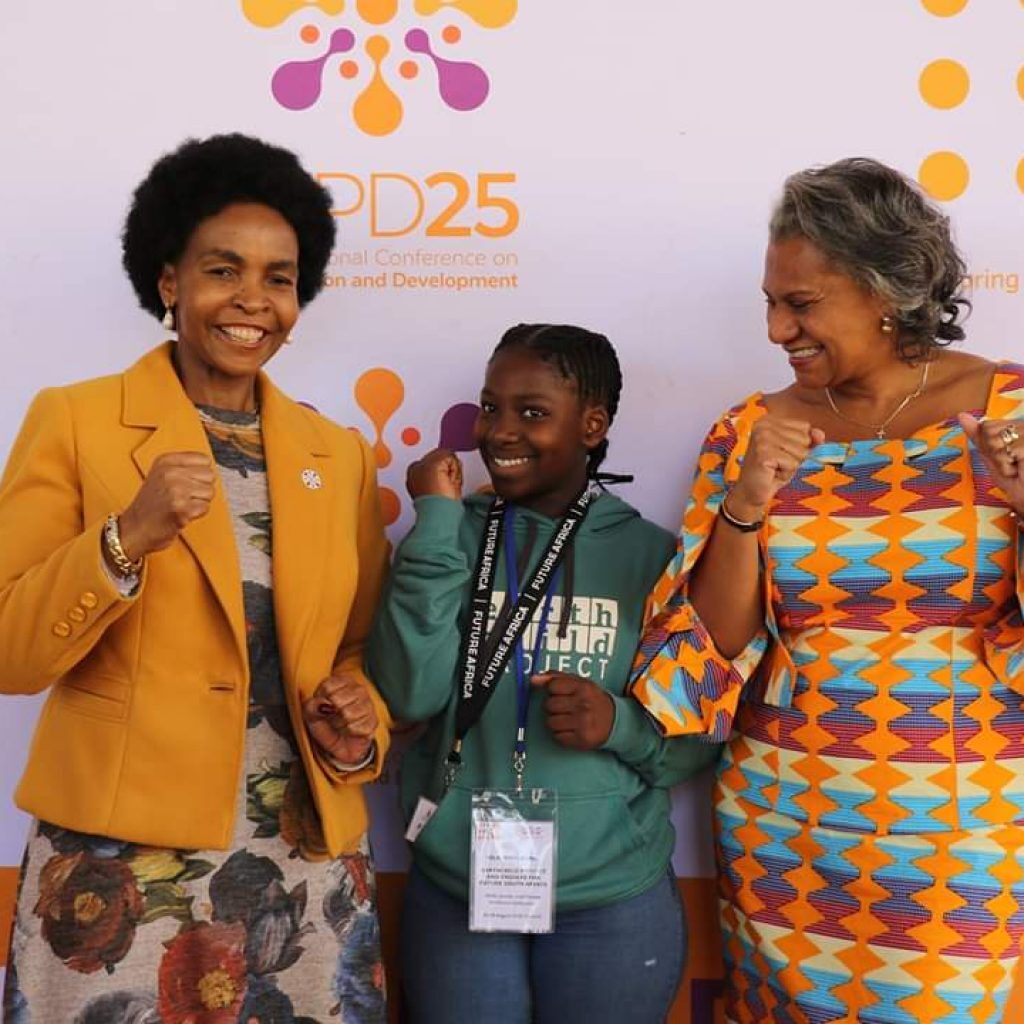 In July, African Climate Alliance founder Ruby Sampson was appointed a Youth Climate Ambassador for the Centre for United Nations Constitutional Research and travelled to Europe to represent South Africa at their Climate Democracy and Justice Summit.

In Brussels, Ruby learned about International Environmental Law, spending a couple of days discussing ways of preventing giant emitters like the USA and China from backing out of the Paris Agreement. She also visited the European Union Parliamentary Buildings.

The rest of the week was spent in Greece, first on the island of Corfu, and then on the mainland, with multiple lectures on each day’s theme. She had a wonderful time bonding with a dozen other youth climate activists from around the world while also enjoying rafting and hiking amidst the Epirus Mountains.

“The single best thing the course taught me” said Ruby “was that the African Charter is the only policy in the world to relate environmental rights – including ecological destruction – to human rights! It’s a huge breakthrough for the climate action movement and shows the world how Africa is leading the way in environmental law.” Thanks so much to CUNCR for giving Ruby this mind-expanding experience – it was a fabulous 18th birthday present!

In August, 11 year old Yola Mgogwana was one of the keynote speakers at the UNFPA’s symposium on Sexual and Reproductive Health, Gender and Climate Change Resilience in Johannesburg, alongside Dr Julitta Onabanjo, Regional Director of UNFPA East and Southern Africa and the Minister of Youth and Women, Maite Nkoana-Mashabane.

Yola shared her experiences as a young black girl living in Khayelitsha: “I am daily affected by the effects of climate change and already living the future that others fear.” At the conference, she says she learned how climate change affects women and children across the world more than men. However, she believes the good news is that “the UNFPA is at the center of this crisis and there are adults who care about their grandchildren’s lives and also encourage us as YOUTH to fight and BEAT this CRISIS!”

Well done Yola for being such an eco-warrior role-model for South African youngsters and thanks to Xoli Fuyani from Earthchild Project, her inspirational and unflagging mentor, for accompanying her to the conference.

Ayakha Melithafa, petitioner for the Rights of the Child to the UN

In September, 17 year old Ayakha Melithafa from Eerste Rivier joined Greta Thunberg and 14 other youth climate activists from across the world as petitioners to the UN bringing a case under the Convention on the Rights of the Child against five member states – Argentina, Brazil, Germany, France and Turkey. These countries, they argue, “are knowingly causing and perpetuating the climate crisis” with “foreseeable consequences” that violate children’s rights. “Ultimately, at stake are the rights of every child, everywhere.”

In her legal submission, Ayakha detailed the impact of living under the threat of Day Zero in the Western Cape through 2017-18, as well as the conditions her mother, a farmer, is currently suffering as a result of the ongoing drought in the Eastern Cape.

Although she was unable to join her fellow petitioners in New York for the launch of this landmark legal case, Ayakha was overwhelmed even at home by a whirlwind week of demands from the world’s press – she was interviewed by the New York Times, ITV and the Guardian as well as the Daily Maverick, Mail&Guardian and a slew of radio stations.

But she felt honoured to take on this important role: “I’m here to be the voice of the underprivileged that get severely affected by climate change – though they don’t even know what it is and have made very little contribution to it.”

In September, 23 year old Alex Koopman from Vanguard Estate in Athlone was one of 43 delegates from 16 countries invited by the Leadership for Conservation in Africa to its 2019 Council Meeting in the remote Ruvuma region of Tanzania.

Alex had impressed as one of three ACA speakers to give an LCA Spark Talk at their Climate Change themed event in July. As a result, he was invited alongside millennials from across the continent to share their experiences, ideas and frustrations about the current climate crisis.

LCA also used the meeting as an opportunity to launch a tourism project which will lead to a community-owned ecotourism canoeing venture on pristine stretches of the Ruvuma River bordering Mozambique. The nomadic-style accommodation and meeting site built by participants were handed over to the local community to use as a safari camp in future.

The main message of the workshops held over the week in Tanzania was that “There can be no true conservation without communities and no future for the world communities without conservation – and we need to listen to the call of the youth”.

In September, 17-year-old Zoe Prinsloo from Bothasig was invited to the United Nations Youth Climate Summit in New York, just ahead of the UN Secretary General’s emergency Climate Summit for global leaders.

Zoe did her first beach clean-up as a 10 year old girl guide, and volunteered for them twice a month for a year at Milnerton Lagoon as community service for her Protea award. “I noticed the same culprits washing up all the time: straws, ear buds etc. I decided to do something about it.”

She sourced eco-friendly alternatives and started her own online business called ‘Save a Fishie’ selling products such as bamboo and metal straws, bamboo toothbrushes, firelighters made from recycled coffee, notebooks and pens made from recycled paper or wood pulp and flushable cotton buds. Her eco-entrepreneurial talent led to her being one of only 100 selected from 7000 applicants to attend the UN Youth Climate Summit “after demonstrating her commitment to addressing the climate crisis and displaying leadership in advancing solutions”.

Zoe participated in an action-oriented day of programming on Sept 21 at the UN headquarters that brought together activists, innovators and change-makers from all over the world. Zoe reflected, “Being selected to attend this event was such an honour. Seeing Greta Thunberg in person and listening to her speak was priceless! To be at the summit with so many like-minded individuals, hearing their stories, seeing what they are all doing to help save our planet was so inspiring and heart-warming. I feel so motivated and positive now… I want to do more.” 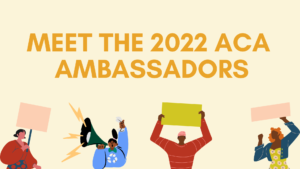 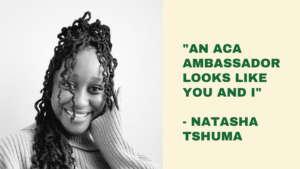 What does an ACA ambassador look like? I would not have been able to tell you a year ago. The application process for me was